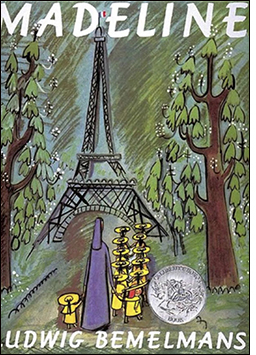 Father's Day was never amongst my favorite holidays. As the son of a New York cabbie (he was voted 1 of New York's 10 best cabbies in a New York Daily News poll way back in 1975), living in Flatbush, Brooklyn, Father's Day always meant a new tie or belt for dad. As any patron of the five boroughs can attest; ties and cabbies rarely came together and as far as belts went? An ever expanding waistline probably made for a necessary gift as cabbies wore change carriers clipped to belts. These were metal devices kicking out nickels, dimes and quarters with the push of a finger.

My dad is gone now and I (like my father before me) waited until I was 40 before bringing children into the world and I have to give them credit. For as far back as I can remember, their gifts have been more diverse, leading to a shirt or two to go with the occasional belt and tie. This past Father's Day, however, they caught me by surprise. I received an email informing me I was gifted a one year membership to StoryWorth. Each week I would receive a question in the mail for me to answer. I would click the link, answer my question and the only people to receive my response would be my children. At the end of the year I would receive a hardcover book with all of the weekly assignments.

I didn't look to see what the cost of this gift was. I was impressed with the box allowing you to add the emails of others whom you would like to share your stories. As someone who has had multiple publications for a column always in The New Sun, this first intriguing question I had to share with my readers. The question being, "At what times in your life were you the most happiest and why?"

Happiness is forever fleeting, never lasting in life, for life is but a series of moments separated by the spaces lying between each cherished moment. We all have our happy hours but not all of our hours are happy. There are moments of misery and of course there are different levels of both misery and happiness. As Kahil Gibran noted, in his book The Prophet (and I'm paraphrasing here): "One would not know happiness if it weren't for sadness."

Most of my life I have been content, introspective, forever in search of answers to the mystery of life, the teaching of religions and the realities of science. As I grow closer to the end of my journey I know about as much as I did at the start.

I don't know if there was a time when I was happiest. My happiest times have been with my kids, seeing them born and watching them grow - seeing Dylan, the little leaguer, in my field of dreams and watching him win a World Series in a strat league (in which I've lost 9 times) born in the lunchroom of the now defunct Village Voice Newspaper some 24 years before he was ever imagined, let alone born.

I watched his older sister by two years come into the world in the delivery room of Victory Memorial Hospital, in Bay Ridge, Brooklyn and burst into tears. I remember the nurse handing her to me and saying to those medical professionals around her, "Oh look. A dad so overcome, we have tears of joys. I told her. I wasn't crying with happiness. I was crying because "You just handed me a lifetime of expense! I wouldn't admit my tears were for my mother who lived to see two grandsonsfrom my sister and always told me she wanted a granddaughter. She would have spoiled this one rotten, but it was not meant to be.

Happiness comes in the form of insanity and those numerous insane moments with Hildie and Eleida. A subway ride with Beth holding a giant cloth Madeline doll and reading in unison from the book that came with the doll because Madeline was my saughter Kaitlyn's hero and it was her birthday, and we sat reading this book aloud on a crowded B Train out of Manhattan as we made our way back to Bay Ridge Brooklyn. "In an old house in Paris, covered in Vines, lived 12 little girls in two straight lines." Everybody around us thought we were crazed but were happy. We were happy in the moment and there are so many, simple innocent moments in life.

I don't know if this answers that question of the week, that question being, "At what times in your life were you the most happiest and why?" Because happiness is forever fleeting, never lasting in life, for life is but a series of moments separated by the spaces lying between each cherished moment. Here's hoping your moments of happiness are many and sadness few.

Building Britches
You Can Do a Lot for Yourself (When Doing for Others)
Gimme Some Truth
Gimme Shelter
I Remember Your (John Lennon Poem)
Life During War Time
We Now Hold Truth to Be Self-Evident
Social Media
You Can't Always Get Want You Want
Old Friends
Dear Mr. President
Are You an American?