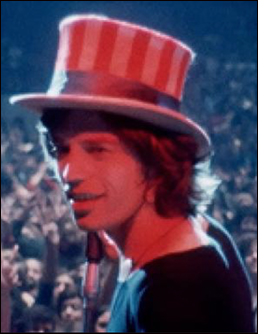 Jeff Bezos and Elon Musk are the current poster boys for the world's wealthiest nation and so should they be. In just the last couple of weeks, the two have traded the crown for the richest man in America with a combined net worth of a near half trillion dollars. They exemplify the possibilities of a "national narrative" first taught to me all the way back in middle school. We live in the greatest country in the world. The possibilities are endless. The stock market achieves record breaking heights on nearly a daily basis. You won't hear any complaints out of Bezos or Musk. Things are good for roughly 3 percent of those living in America, those who set the tone for America; help shape the politics of America. But what of the rest of us? Those 97 percent who are America?

A CNBC study finds 67 percent of us are living paycheck to paycheck. Federal Statistics show on any given night there are half a million homeless wandering the streets of the world's wealthiest nation and courtesy of a nasty pandemic, the number is only growing. According to the National Law Center on Homelessness and Poverty, there are only five reasons why individuals and families suddenly become homeless. Job loss. A lack of affordable housing. Poverty. Mental illness and substance abuse, neither offering any type of treatment services.

So, what does the land of opportunity do to deal with this problem of homelessness? We criminalize it. We arrest people for vagrancy, trespassing, substance abuse, which begins with the sale of a product designed with addiction in mind because addictions drive the markets and only add to the wealth of those companies owned by the 3 percent. Many of the those arrested for vagrancy or substance abuse are veterans, returned from war. Others are High School students. High schools across the country are losing students to homelessness or struggling to keep homeless children in school.

The vast majority who suffer job loss find themselves unemployed through no fault of their own and what follows in no time at all is a remarkable dive into exploitation. Like a flock of vultures swarming down to claim a carcass, cars are repossessed, homes foreclosed, renters evicted. Bank fees for late payments on top of bank fees for no payments. Arrests and fines. Suddenly a check has to go into the check box for criminal record on future job apps. Background checks and credit reports guaranteed to make it even more difficult to rent again lending itself to the growing problem of suicide, sometimes the shocking story of a murder suicide. Wasn't there an Eighth Amendment forbidding cruel and unusual punishment? When did we do away with that?

This is just one of America's dirty little secrets begging for solutions. It seems like the world's wealthiest nation shouldn't have an issue with affordable housing, or treatment facilities for those dealing with substance abuse or emotional issues. Safety nets for those suffering job losses that aren't based on formulas from the 1960s. Unions to represent the working class. We have to put the brakes on America's shrinking middle class.

We may well be the wealthiest nation in the world, but as US News and World Report shows, America has a long way to go before finding its way back to the top 10 countries to reside with respect to quality of life, which isn't an issue for Bezos or Musk. With money like that, property in any of the top five is just a click away, click away.

I Remember Your (John Lennon Poem)
Life During War Time
We Now Hold Truth to Be Self-Evident
Social Media
You Can't Always Get Want You Want
Old Friends
Dear Mr. President
Are You an American?