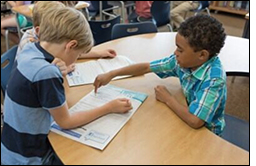 My fondest childhood memories is a tough question to answer, which is to say I probably didn't have the greatest of childhoods. My memories don't take me back much beyond my days in elementary school, a big New York City public school on Prospect Avenue in the Flatbush section of Brooklyn. The school and the neighborhood seemed to stand apart from what was going on in the rest of the country. There was a Civil Rights movement, the War in Vietnam.

We had nuclear fire drills in which we were taught to take cover under our desks, arms folded around our head, knees tucked into our chins because we were at the height of the Cold War with the Soviet Union - now the Russian Federation run by an old cold war warrior who has returned Russia to the mindset of the Soviet Union. I don't imagine there are nuclear drills in schools anymore as it pretty common knowledge the power of God is now our own. I do imagine the psychological operations Intelligence Agencies employed to bring down the governments of the two cold war nations have been re-employed by our old enemy in the form of Q and it's growing band of followers, probably too young to remember the purpose of psy-ops, a term seldom heard today.

I think the fondest memories I have of my elementary school days are of Mrs. Janowicz, an Asian second grade teacher and perhaps my first real crush. Kids like Hainsley Best, Paul Knight and Ronald Johnson; African Americans who counted me, a jewish white boy, a friend. We were friends. We could openly discuss anything. We had daily current event assignments so discussions about the war, the Civil Rights movement, actions by men like Martin Luther King Jr, the boxer Ali, the music of Dylan, the Beatles and the Stones were common place in P.S. 92. Those were turbulent times in the world's most diverse city. Flatbush, Brooklyn was a crossroad. It was a step away from the past and the promise of a future. It was a neighborhood where folks from all walks of life seemed to work and play and live together without the racist bull plaguing the rest of the country.

I remember a horde of us in front of our apartment building locked in a game of punchball and some car stuck in a line waiting for the light to turn green. I was closest to the car and a woman in the passenger seat rolled down her window and said, Hey. What are you protesting now?

We were taught to think in school. Our current events hour taught us to identify the problems facing our society and through a process of reasoning and debate, view both sides of the coin and come up with a compromised solution. We were taught this because this is how our democracy, really nothing more than an experiment in governance, is supposed to work. We were taught the importance of a newspaper and what the letters making up the word news, stood for. We learned about the limited power of a Presidency because the system was designed with a series of checks and balances and Presidential limits are determined by the House and Senate. No single person, ideology or religion shall rule this nation. Those were the goals of our forefathers. Such is the power of our votes. The power of the people, who are guaranteed the right to peacefully assemble and protest the rules.

Today, it seems as if everything I was taught is slipping away. The dreams of our forefathers are being torched. The deaths of so many Americans who fought to preserve the freedoms I enjoyed. Those who marched against the British, giving us this Great Nation who were then forced to climb into the foxholes of WWI in the face of mustard gas weaponry in a war to end all wars; only to find themselves in a do or die mission of storming the beaches of Normandy and stopping the Nazi machine from its senseless task of ethnic cleansing Europe in WWII.

Do they even teach Current Events in elementary schools anymore? Did we ever imagine the day would come when Governors would decide what teachers could and couldn't teach? When one man would decide he shall rule a nation? So many people gave their lives for freedom we can no longer preserve. The strongest of the childhood memories I cherish are the memories of a people who cared about people regardless of their color or creed because they were one people, united by a nation under God with liberty... and justice... for all.

A Child's Question
Building Britches
You Can Do a Lot for Yourself (When Doing for Others)
Gimme Some Truth
Gimme Shelter
I Remember Your (John Lennon Poem)
Life During War Time
We Now Hold Truth to Be Self-Evident
Social Media
You Can't Always Get Want You Want
Old Friends
Dear Mr. President
Are You an American?