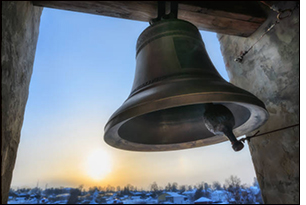 Why do we value life - so little? It's Sunday and the doors of the church burst open freeing the flock to venture off on this day of rest before resuming the doldrums of a work week needed to feed the hungry jaws of the economy. Men dressed in their Sunday best need only a briefcase to match the look of Wall Street brokers. Women are a breath of fresh air in brightly colored dresses, some in pantsuits and the little ones forced to suppress a puppy's energy, run around the grounds in an explosion of joy, reminding me of a line from a Nelson Mandela speech: "Free. Thank God Almighty, we are free at last."

In another part of the city, the parks department with the support of the Police Department are bulldozing make-shift shelters of cardboard and cloth. A sanitation truck waits for the belongings of those who make up the homeless encampment. The vagrants try to gather as much as they can hold before racing off like they did when they were little children, racing across school yards the instant recess bell frees them from the confines of classrooms from the past, when parents dressed them in Sunday bests, clutching tiny hands too weak to resist the pull through doors of the church.

One vagrant remains on his patch of grass, refusing to move. Winter is coming. A cot and three hots doesn't seem so bad. Besides, someone has to keep the lawyers employed, the judges working, the jailors busy and the tax collectors happy.

Inflation and they keeping cutting assistance. Her kids eat less and less. They whine more and more. She wonders what to put back.

She frowns and wonders what she can put back. The person's impatience behind her becomes a little more pronounced. Maybe her husband can get a third job. She doesn't see him anymore as it is. 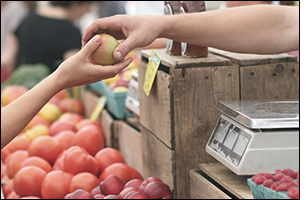 Now that the Supreme Court has over-turned Roe V. Wade, Texas is leading the charge by no less than 13 states in passing laws making abortion a felony crime punishable by law with up to life In prison regardless of the circumstances of the pregnancy. The United States Department of Agriculture estimates each new born in America is worth nearly $300,000 dollars in just the first 17 years of life. That's almost $18,000 dollars a year or nearly 9 dollars an hour in a 40 hour work week. Most of her jobs didn't pay that much. She's still not sure why the life of an unborn child is more important than the life of the living host.

She has to vote tomorrow. She's tired of voting. She doesn't even know what she's voting for anymore. The commercials on T.V. are designed to deceive, mislead. We've become a nation of mindless fans packing a stadium, face painting the colors of the party one another and roaring when the score is in our favor, but the other side isn't losing and the one side isn't winning. There are no sides. There is only one nation and if we don't find our way back there won't be anything at all. She loads groceries into the back of an old car and drives past her church on her way home.

Chilhood Memories
A Child's Question
Building Britches
You Can Do a Lot for Yourself (When Doing for Others)
Gimme Some Truth
Gimme Shelter
I Remember Your (John Lennon Poem)
Life During War Time
We Now Hold Truth to Be Self-Evident
Social Media
You Can't Always Get Want You Want
Old Friends
Dear Mr. President
Are You an American?