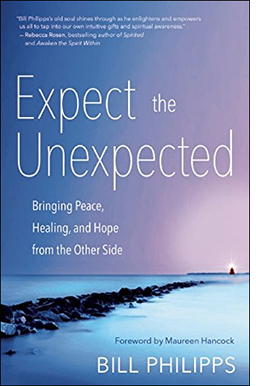 Years ago, when the president of the United States would hold a press conference in the White House, all the members of the media in the room would stand up and raise their hands while shouting "Mr. President! Mr. President!" It was their way of trying to get an edge over one another in an attempt to get him to call on them for the next question. Many movies today still portray White House press conferences that way to add a dramatic effect.

Welcome to the world in my head all day and every day. The spirits often "speak" at once, throwing images or words at me, one after another, as they try to direct me to their loved ones.

If I am doing a reading for Jane Doe and spirits connected to Jane Doe's friends know I am reading for her, they will all show up to try to get a message to their loved ones through her. When I pass people on the street, spirits connected to those people rush into my head to try to get me to relay their messages. If I have five individual readings in a day, a spirit connected to the person scheduled for my fifth reading may show up for the first reading because that spirit did not have the patience to wait, and this can certainly cause confusion.

When I am in front of a large audience, I usually have hundreds of spirits trying to come through at once. If I feel a spirit is telling me that his name is John, he is from Boston, and he wants his wife to know that there is money under the mattress, it could actually be three different spirits  one named John, another one from Boston, and another one with money under the mattress  rather than one spirit. And it's my job to figure that out.

I usually sense that the spirits would like to cooperate one at a time because they know I will respond better that way. I generally get a message from one, then another, then another, all in a nice, orderly fashion. But bedlam eventually ensues as they all anxiously try to push their messages over each other to me, knowing that my time with their loved ones is limited.

It's like a news show with a panel of four or five people who've come to talk about a political topic. They start out speaking one at a time, but by the end they are all talking over each other, with little mutual respect. They all want to make their points, and they know their time to do so is limited.

Or, using another example from the movie Ghost, it is similar to when Patrick Swayze's character visited Whoopi Goldberg's character in her psychic shop. The first time he was by himself. The next time he came, there were several other spirits standing around the table talking at once and driving her crazy as they tried to use her to get through to their family members. Once the spirits learned I have the ability to do what I can do, and that I am willing to do it, word spread among them like wildfire.

This is simply the way it is and, as I have learned from experience, the way it should be. In fact, this could be another way to validate whether the medium you are going to is real or not. If she says that only one spirit is present for the entire reading, she is probably lying. Multiple spirits come through in nearly every reading I give. They may not be the spirits you were hoping to connect with (though they often are), since the spirits are in control of that, but they will definitely be there once that door has been opened.

So how do I deal with the chaos? It's like any other situation: I tune in when I want and tune out when I don't want. The spirits are always there. Their frequency is never turned off. But if I decide I do not want to be bothered by them, I concentrate on something else. I liken it to having a radio on. I can listen intently and jam to the music, or I can do something else while the radio is nothing more than background noise.

Don't get me wrong, it's not easy to do. Not only is it difficult to tune the spirits out, simply because of the noise factor, but also it's difficult because I feel some guilt when I do. I have been given this gift and need to use it. People here and spirits there are counting on me. That's why I try to do several readings every day, five or six days a week, if not more. But I do need downtime, which contributes to the effectiveness of my readings. I need time to meditate, to focus on slowing down my breathing, to elevate my energy level, and to refresh my mind. If I tried to answer every spirit who came to me  which would be impossible given the sheer numbers - my brain would be fried in no time... 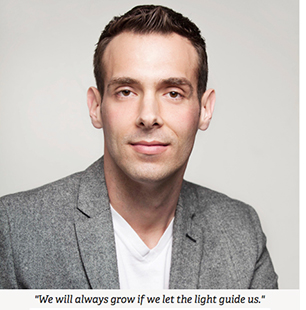 I firmly believe that my ability as a psychic medium is a God-given gift, and that not just anybody can become one simply because he or she wants to. Trust me, I know many people who have tried, and without success. But I do believe all people have some psychic intuition  more than most know they have  that can be cultivated enough to enable them to receive and recognize signs from spirits.

The first step in tapping into that intuition is to set your intention by silently asking the spirits for help when you need it. In other words, pray or meditate. If you are going through a difficult time and are looking for answers or guidance in a particular situation, you first have to ask for help and for signs. That's the easy part. The second step, which is more difficult but equally important, is to open your heart and mind to receiving those signs.

Let's say you are thinking about leaving your job to take one at another company, but you don't know if you should. Pray about it, then keep your eyes and ears open for the answers. What does that mean? Well, chances are pretty good that a random person is not going to walk up to you after you pray and say, "You need to take that job." I have told you how the spirits work  they love to play charades  so you know it's usually not that simple. But if you go out to dinner in the midst of trying to make this decision, and your extremely happy waitress tells you it's her first day on the job, that could be a sign to you that you need to accept your new job. Or if you are watching someone being interviewed on television who comments that the grass is not always greener on the other side, that could be a sign to stay in your current job.

So how do you know whether something is truly a sign? There is no definitive answer to that; you must use your intuition. If you think you have received a sign but aren't confident that it is one, continue to pray and meditate. Ask God for more help, more signs, more assurance, and see what happens.

I have discovered over time that signs intended for me from spirits come in threes. I have heard others say the same. Some of us need to have signs thrown in our faces many times and in different ways before the message resonates with us. So if I were thinking about changing jobs, and the spirits were trying to tell me I should, I might get that sign from the waitress and two other signs totally unrelated to her but related to changing jobs. Maybe the next day I will open a newspaper and find a story about how more Americans are changing careers, and the day after that I will turn on the radio and hear Johnny Paycheck's 1977 country hit "Take This Job and Shove It." Does any station even play that song anymore? I think that would be a huge sign! Remember, spirits can relay messages in several ways, including through music and humor.

Excerpted from the book Expect the Unexpected ©2015 by Bill Philipps. Printed with permission of New World Library. www.newworldlibrary.com

Bill Philipps is the author of Expect the Unexpected and is known for being one of the world's youngest psychic mediums. He has appeared on the Dr. Phil show and has helped countless individuals deal with the grief of losing loved ones by bringing through validations, evidential information and beautiful messages which heal and bring a sense of peace. Visit him online at http://www.billphilipps.com.